Antenna coaxial sockets mounted on the apparatus and incorporating parts or components which isolate HAZARDOUS LIVE parts from ACCESSIBLE parts, shall be so constructed as to withstand such mechanical stresses as may be expected in the intended use.
Compliance is checked by the following tests, which are made in the order given.
After these tests, the apparatus shall show no damage in the sense of this standard.

A test plug as shown in figure 8 is inserted and withdrawn from the socket 100 times. Care is to be taken not to damage the socket intentionally during insertion and withdrawal of the test plug.

A test plug as shown in figure 8 is inserted into the socket and three successive blows from the spring-operated hammer according to IEC 60068-2-75 are applied with a kinetic energy just before impact of 0,5 J to the same point on the plug in the most unfavourable direction.

A test plug as shown in figure 8 is inserted into the socket and a force of 50 N is applied for 10 s, without jerks, at right angles to the axis of the plug, the radial direction of the force being 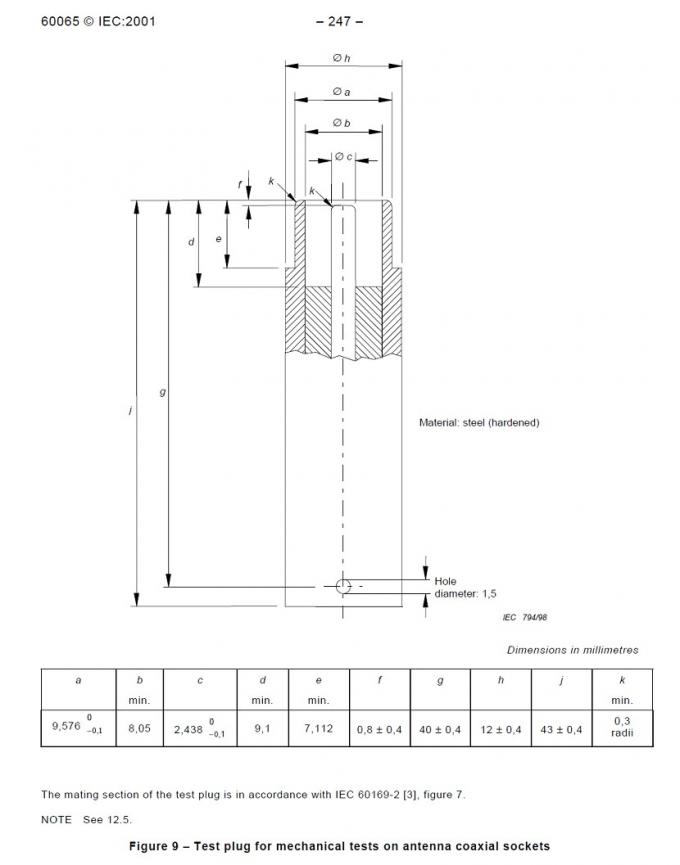